My mother is from New Ulm, and asked me to post this landmark story. Mom attended DMLC a few years before Erna’s husband was head of the music department.

Says she feels great at 110 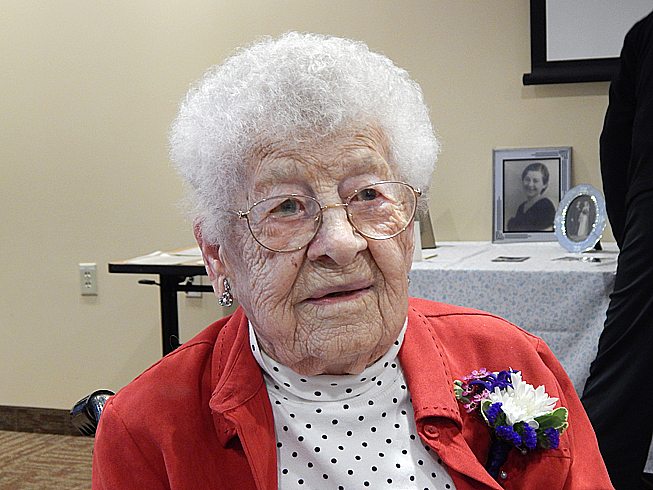 “I feel wonderful. I can’t complain,” Zahn said, celebrating with dozens of family members from New Ulm and as far away as Wisconsin and Illinois.

Last year, she rode a horse on her birthday. A historical display of her life included a photograph in The Journal of her shoveling snow about 45 years ago.

“Get out and shovel snow. It’s really good exercise,” she said in the story. “Eat breakfast. It’s what keeps me going.”

She credits diet and exercise for her longevity too.

Her family members credited her strong faith in family, God and using prayer to get through some of life’s bigger challenges, but never praying for more money. …

She married Meilahn Zahn in 1935. He was head of the Martin Luther College music department from 1962 to 1975. They remained together throughout his life and had six children. Their oldest son Richard of, is nearly 82.

In the United States, only 22 out of every 100,000 people reach age 100. The exact number of super centenarians is unknown.