Mom and I with Kenai Mayor Charlie Pierce and Edie Grunwald (wearing red), whom we fully support for governor and lieutenant governor of Alaska! Charlie’s wife, Vonnie took the photo. I knew Charlie is genuine, but now I really know! He told me something regarding Mom so deeply from his heart which blew me away — still has me thinking about it! This man genuinely loves people with God’s love!

[Later] Charlie and I are the same age, 64. He’s lost his mother. He told me to never take my mother for granted, and always take good care of her. He was so sincere, that I’m still just blown away, and am contemplating this days later. I do believe that the Holy Spirit had a part in helping him choose his words and be so sincere, strong and loving. He’s genuine!

If Charlie becomes our governor, we have a gem! 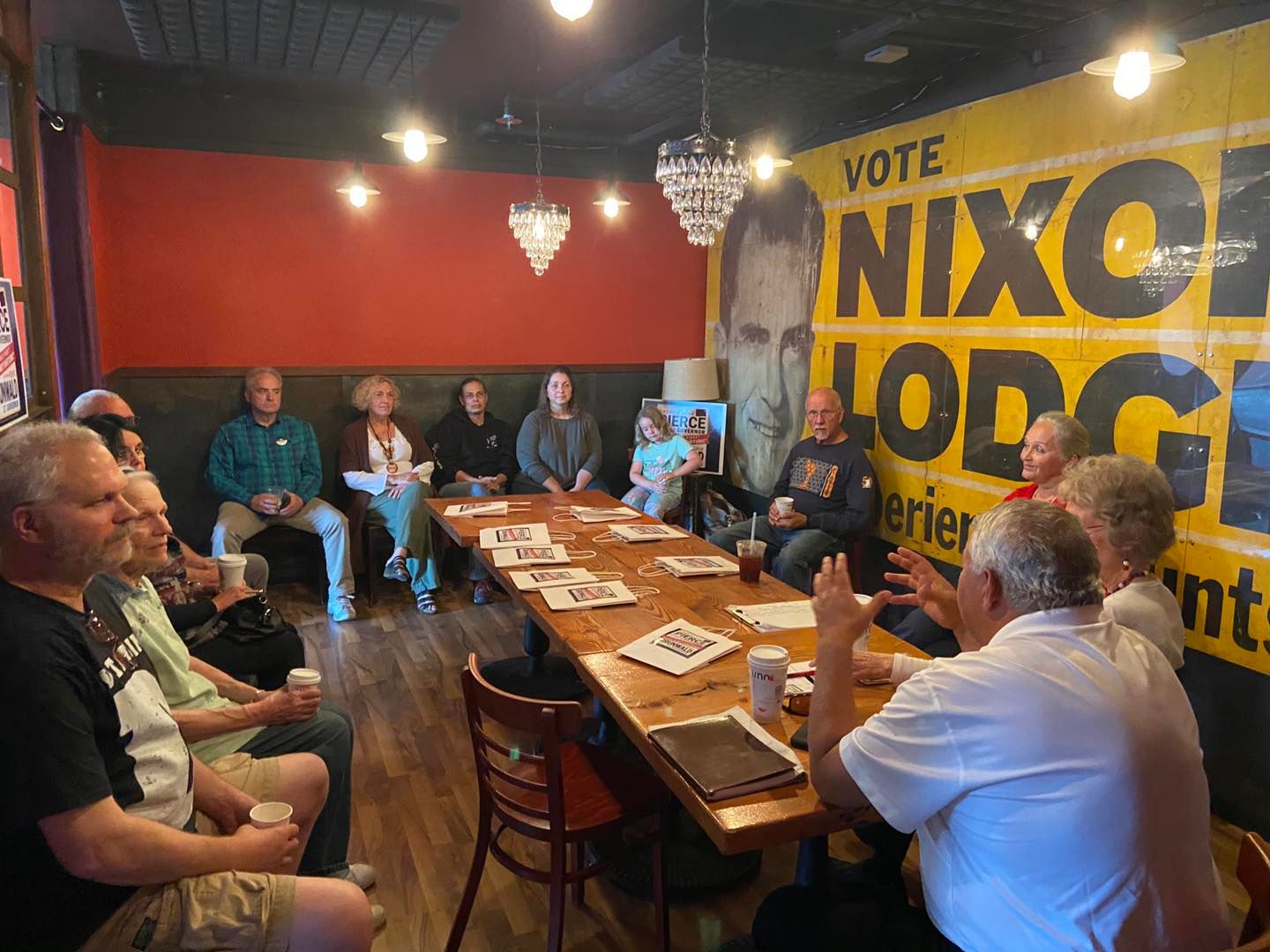